Reprieve in sight for Spearmint Leaves? 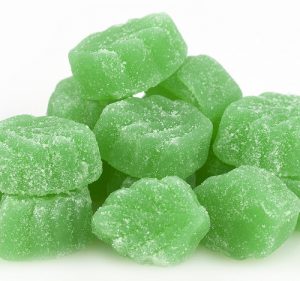 Reprieve in sight for Spearmint Leaves?

I’ve heard it more than once.

Client: “Create a campaign that will go viral.”

Meanwhile… in the meeting room of Allen’s creative marketing agency a plan was hatched.

A plan so sinister that it would see the public up in arms.

A plan so shocking that it would garner national media coverage.

A plan that would see the ever-professional morning news teams falling over themselves to come up with most ridiculous lolly-related stunts.

A plan that would, most importantly, mobilise the lolly-eating public to lament and share their lolly woes on their social media profiles while rushing out to their local supermarket to stock up on their lolly favourites.

But… before you go and spend your hard-earned lolly, think about this: do you believe everything you read?

While I think Allen’s do have every intention of downsizing some of its products including Killer Pythons, Violet Crumbles and Red Skins; this bad news was overshadowed by what was perceived as far worse news: the killing off of the not-so-popular Green Frogs and the old favourite, Spearmint Leaves.

Spearmint Leaves: the staple of Australian Women’s Weekly birthday cake decorating. Who will think of the children?

Hands will be wrung, breath will not be freshened and jungle cakes will not be decorated; creating mass public- and social-media-hysteria.

Perhaps Allen’s will play knight-in-shining-armour to their beloved (and newly-engaged) public, laughingly saying they felt compelled to act under the mounting public pressure and that our beloved Spearmint Leaves have earned a reprieve from the lolly chopping block. The Australian lolly-eating public will feel triumphant in their lolly-saving social media engagement.

Perhaps Allen’s care not and this truly is the death knell for our beloved Spearmint Leaves (as it does say on their social media page the products were discontinued in 2014?!).

Regardless Allen’s have achieved thousands of dollars of free media coverage: a win for Allen’s social media and sales teams.

Is Your Brand a Hero or a Zero? Find Out With This Quick Quiz!